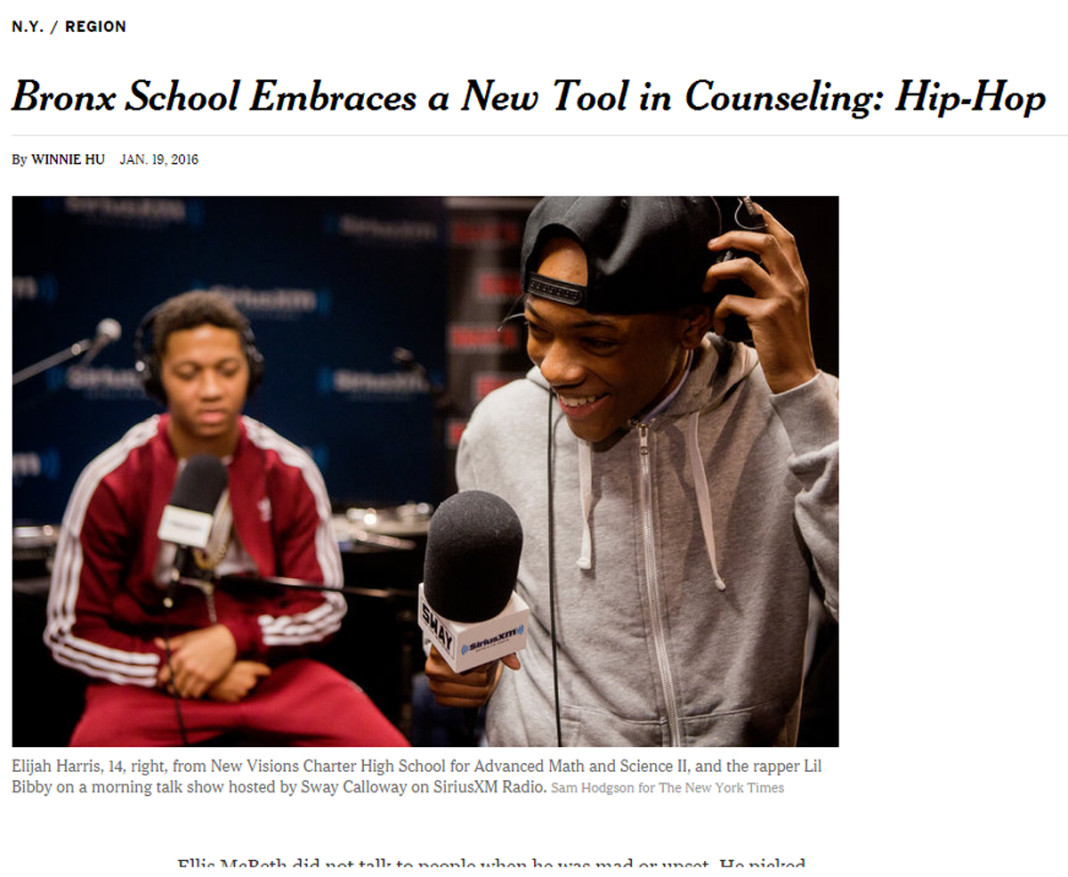 As we pointed out in our recap of the Hip-Hop Education Center’s “Extra Credit Awards,” there are many methods being used to reach, teach and help young people across the nation utilizing hip-hop as a bridge.

With increasing evidence that supports the use of hip-hop to help educate, more and more innovative hip-hop-related programs are coming to light as educational institutions become more comfortable with the concept.

Parents also seem accepting of the mix of hip-hop and education, as our research has shown that 38% of U.S. adults with school-aged children are in favor of hip-hop in the classroom.

One example of hip-hop being utilized to benefit young people is the field loosely described as “hip-hop therapy,” using the music and lifestyle to reach students who might not respond as well to “traditional” methods of counseling.

In New York City, one such program was recently highlighted in the New York Times. The program at the New Visions Charter High School “encourages [students] to give voice to their day-to-day struggles in neighborhoods where poverty and crime are constants, and provides a foundation for school leaders to engage directly with them in a way that seems more enjoyable than intrusive.”

Christopher Emdin of the #HipHopEd movement, is quoted in the story pointing out that, “There is no school in an urban area that does not know about hip-hop, or that has not experimented with it.”

This is true, and with programs like the ones at New Visions, Mott Haven Community High School and the dozens of schools and community centers where California-based organization Beats Rhymes and Life (led by “CNN Hero” Tomas Alverez) has introduced the hip-hop therapy philosophy, hip-hop based counseling is continuing to demonstrate clear, beneficial results for young people.