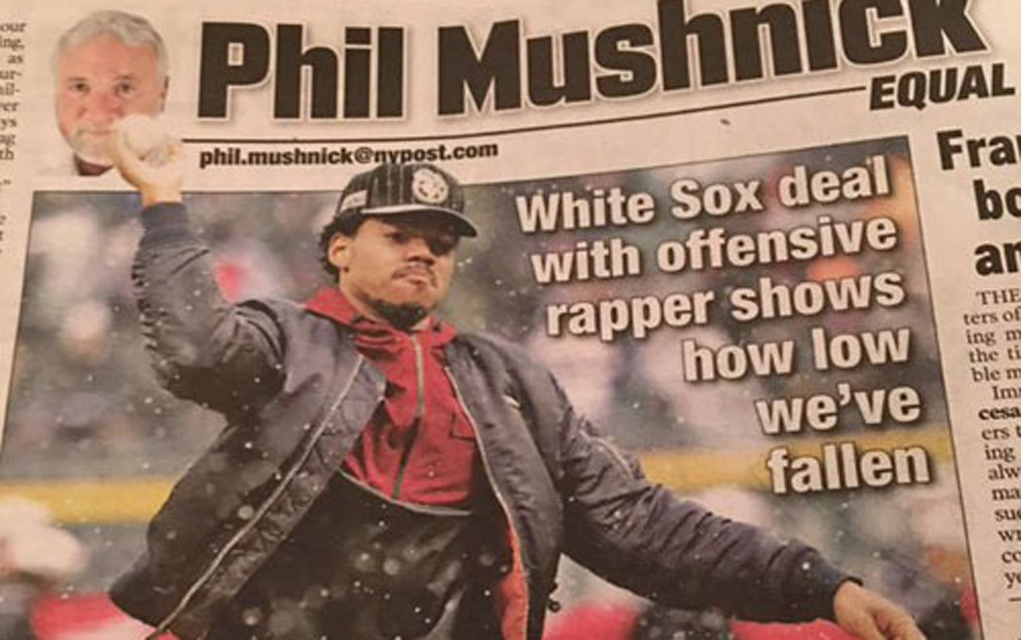 When normal people, including respectable writers, want to learn about something that they have little to no prior understanding of, they follow a pretty standard set of common-sense, tried and true practices.

Perhaps they do some research. The Internet has made that incredibly easy.

Perhaps they enlist the help of some experts in the field that they wish to understand.

When the subject deals with large groups of people that one might have had little to no interaction with or understanding of, normal people, including respectable writers, take great care to gather all sides of the issues at hand, to gain as much perspective before forming, or broadcasting, an opinion.

Those who don’t do this, those who do no research, those who cherrypick information, and then utilize that limited, contextually insufficient information to form an opinion and then spew that opinion to all who would listen, almost epitomize the concept of bias.

One who does so, could easily be called bigot.

When an uninformed, biased bigot holds an influential position, such as a newspaper columnist for a major American publication, and uses this platform to project these opinions, he becomes a propagandist.

Such was the case when New York Post sports columnist Phil Mushnick chose to step into a role he is unqualified to hold, that of cultural analyst, when attempting to understand why the Chicago White Sox would hire rap artist Chance The Rapper to be the team’s “ambassador.”

Mr. Mushnick, in an amateur, uninformed, close-minded manner, tries to make sense of this connection, by “randomly” selecting a few of Chance The Rapper’s lyrics. Of course, the ones he “randomly” chose, include profanity and references to drug use and sexual exploits. 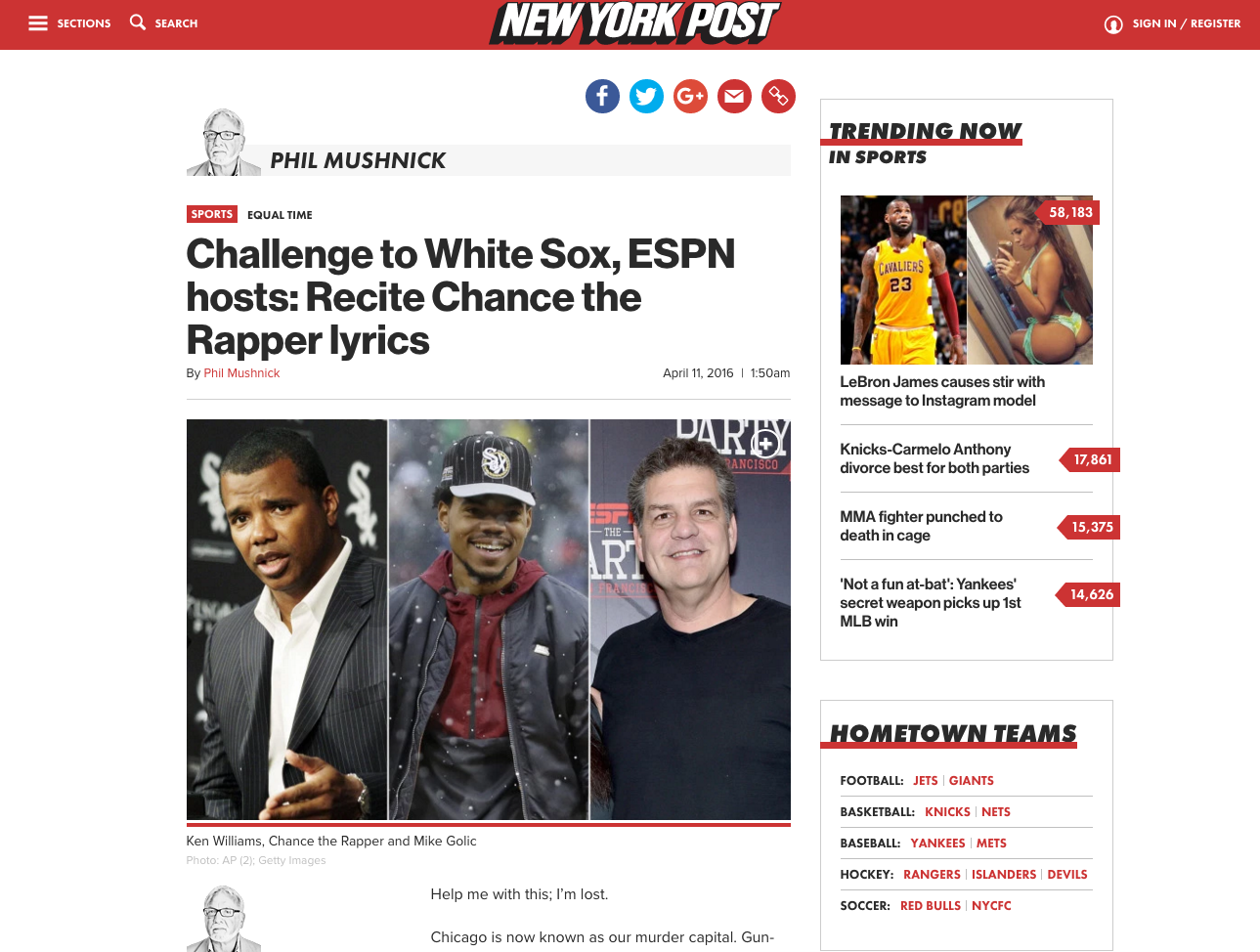 Again, taken fully out of context, and without the birds-eye view of why an artist might pen such lyrics, or what kind of artist Chance The Rapper is on a grander scale, it would be easy to form a negative opinion about Chance The Rapper, and by extension, his association with the Chicago White Sox.

However, this is textbook prejudice rearing it’s ugly head, indelibly, with help from a major news entity.

Were we to only judge Tupac Shakur by a few violence-riddled passages, but not “Dear Mama,” we might indeed be confused as to how this man could possibly be considered worthy of study in institutions of higher learning.

Similarly, were we to only judge Chance The Rapper by a couple of lines from “Smoke Again,” yet ignore contributions like “Angels,” or “Sunday Candy,” or his considerable charitable efforts, or the greater context that comes with understanding the social and cultural landscape he comes from, we would be bordering on blatant incompetence.

As Mr. Mushnick is.

Making only enough effort to essentially copy/paste some basic bio information but not looking at some of the more in-depth analysis of what Chance The Rapper brings to the table, then loudly and proudly broadcasting a narrow-minded indictment about this young man, his genre and his community, connecting them in some sort of unholy trinity with violence looming large in the center, is the stuff that hack journalism is made of.

Such inflammatory language is why hip-hop music and culture continuously has to fight to receive the respect it deserves. With far-reaching, multi-faceted artistic and cultural contributions that have made positive impacts in every corner of the world, it is inexplicable why we must continue to watch as such narrow-minded, bigoted viewpoints are unleashed unto the masses.

Hip-hop, and its music, is complicated. The hip-hop community at large is not unaware of the problems within our communities, culture or music, and are more than happy to address them with anyone who has a sincere interest.

What we should not be subjected to are outsiders stepping in our arena with lackadaisical, uneducated viewpoints and spitting biased vitriol through mass media with impunity.

As such, we implore Mr. Mushnick to apologize for this benighted commentary, and we welcome him to a dialog where we might be able to “help” with his cultural and artistic ignorance, as he himself pleaded for in his opening sentence.

We also ask that the NY Post, when allowing anyone who wishes to invoke hip-hop music and culture in their editorials, affords appropriate members of the hip-hop community the opportunity to respond in kind.