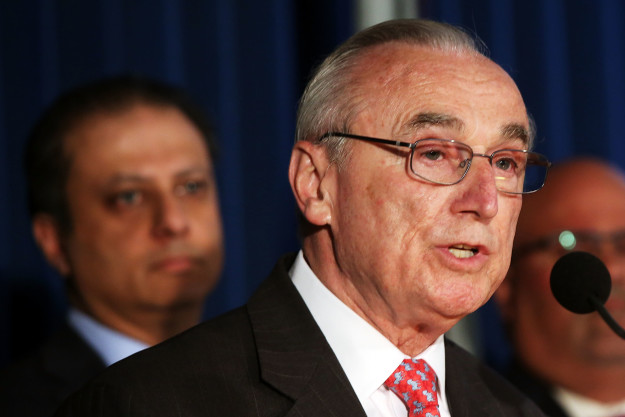 In New York City, two groups of people clashed violently at what was supposed to be a fun, entertaining event. Blood was spilled. Based on this barbaric display, it would appear that these groups seemingly live a gangster lifestyle, one that encourages violent tendencies and thuggish ways.

NYPD commissioner William Bratton used similar words to describe the May 25th shooting inside New York’s popular concert hall, Irving Plaza: “The crazy world of these so-called rap artists who are basically thugs that basically celebrate violence they did all their lives, and unfortunately that violence often times manifests itself during their performances…”

However, the incident we’re talking about was not the shooting at Irving Plaza. We were referencing the bloody brawl between the NYPD and the NYFD at a recent charity football game.

While the tragic incident at Irving Plaza may have involved people who happen to be rappers (or affiliated with rappers), we must be clear.

This was not a “rap” problem, this was a “people” problem.

By Mr. Bratton’s logic, one might suggest that New York’s finest and bravest are “knuckleheads” or “clowns” or live the “gangster lifestyle,” based on a violent clash that occurred at the “Fun City Bowl?” He’s not suggesting that, is he?

Of course not. In fact, the standard messaging from law enforcement is that while there may be a “few bad apples,” it is in no way indicative of the entire culture of law enforcement community.

That same thinking must be applied here, before spewing inflammatory and prejudicial comments that unfairly tarnish a much broader artistic and cultural community.

Lumping people together based on some sort of cultural commonality and making comments that broadly vilify a community of people based on the actions of a few is practically the definition of bigotry.

Cultural ignorance has no place in the office of a sitting police commissioner in a major urban American city. Broadly implying that rap culture equates to thug culture is a gross misrepresentation of both the artform and what actually occurred.

While The New York City Mayor’s office has shown great understanding and appreciation for hip-hop music and culture, these kinds of misleading and discriminatory correlations between violence, rap and the hip-hop community amount to little more than a distraction — or possibly an attempt at making excuses — as to why the city cannot solve fundamental problems facing some of its residents.

Those problems — poverty, lack of sufficient educational or employment opportunities, over-policing and over-incarceration, among others — are root causes of some of the violence we see in New York City on a daily basis.

Connecting these to “gangster rap” — as if participation in the creation of this music causes the violence, as if incidents like this can be explained away with an “Eh. Rappers. That’s what they do.” — can’t begin to explain the dozens of violent acts that occur in this city on a daily basis that have nothing to do with rap music or hip-hop culture.

Or, you know. Fights at charity football games.

We welcome Commissioner Bratton, his staff, the New York Police Department or Mayor Bill de Blasio’s office to reach out to us, so that we may be able to discuss ways to better understand the issues plaguing our city, and how those issues relate — or don’t relate — to hip-hop.